The perfect solution for all problems: find somebody to blame 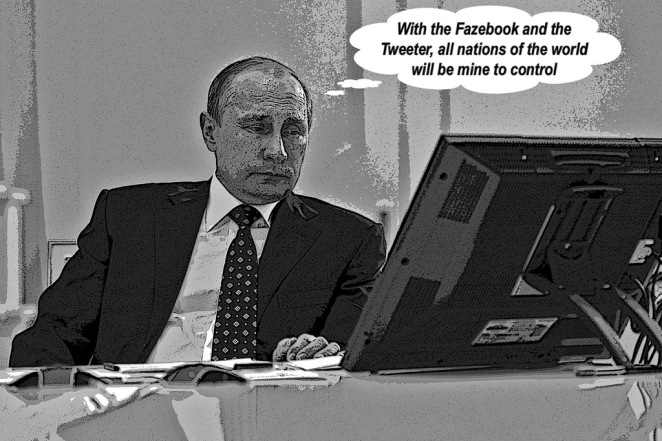 Here we are again. Different problems, different actors, the same old solution. The mainstream media are on the spot again, fueled by the same publicity stunt we have seen in the last ten years.

Russia is a big player and our “friend” Putin likes to put his finger in every pie, worldwide. I have no doubts at all about it. Think about Crimea, think about Abkhazia and Ossetia, remember the Syrian agenda still in action.

On the other side, the media and western politicians are still trapped in the old cold war propaganda. Russia is not a red-painted monolith, built to crush its opponents with its weight. Its government is able to be both aggressive and subtle but is not the only expression of that country. Think about the economic molochs, rooted in the oil & gas sector; think about the organized crime cartels, able to be in every damned dirty business from Africa to Asia.

Do you want to blame Russia? Maybe you’re right. It will be better to show some evidence. This is a simple concept to understand, isn’t it? That, or we do have to believe that Russians are so clever and so powerful to manipulate everything in the world with absolute ease.

2 thoughts on “The perfect solution for all problems: find somebody to blame”