Stranded In A Dark Sea 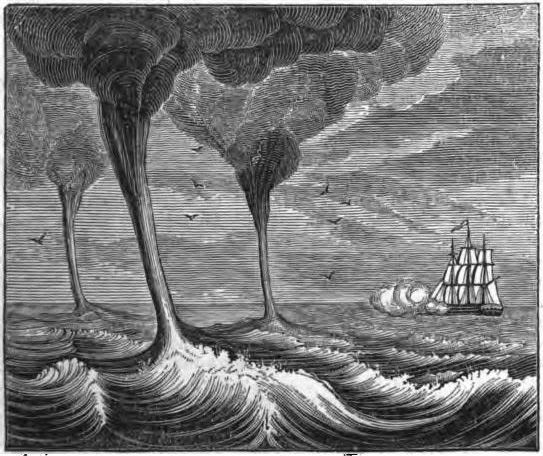 All right, I’ll bite the bullet. Again. This post is about the current drama of the “Sea Watch 3”, with its payload of 47 migrants from Africa and the struggle with the Italian government. It will take a while, so get yourself comfortable.

Preamble (or what should happen under the law).

The flux of migrants from various African countries starts from the shores of Libya. For the first miles they are in the Libyan SRR (search and rescue region) and it’s up to the Libyan authorities to coordinate every effort to assist them. It has to be remarked that such trips are illegal, operated by organized crime cartels in spite of every safety measure usually available. If the Libyans fail, the ships go on.

Once out of the Libyan SRR and proceeding north, the ship enters the Maltese SRR. La Valletta’s authorities have the task to coordinate every possible effort to assist them, according to the international laws (Hamburg SAR convention, 1979). This includes the use of Malta’s ports that are declared safe for emergency use. If the Maltese fail, the ship goes on.

Next SAR zone up north is under the Italian authorities. Same legal framework, the same international laws, and conventions. It’s up to the Italian Maritime Rescue Coordination Centre to coordinate every possible effort to rescue stranded ships.

In the collective effort to guarantee more safety to all ships, every national authority can summon the help of civilian vessels in the corresponding SRR. The basic idea is to get in the right place ASAP and then move the rescued people in the first safe port or to a Navy unit to complete the operation.

The NGOs role (or what happens outside the law).

In international waters, every vessel under a valid national flag can navigate and do its own business. This also applies to private owned ships, rented by European NGOs and staffed by mixed crews (pro sailors and technicians, volunteers, NGO workers), that sail between the Libyan SRR and the Maltese SAR with the self-appointed mission to rescue migrants. In my opinion, they are operating outside the law. I know, I’m a bad guy. The legal issues are about any ship that operates outside the authority of the competent Rescue Coordination Centre and about any boat that runs a rescue vessel without having the proper equipment and/or without the facilities needed for such a task. A ship like the “Sea Watch 3” is operating for political purposes, feel free to try to change my mind about it.

The harsh reality (or what’s going on now).

We have a long list of countries that deny their ports to any ship loaded with migrants. Spain, France, Italy, Malta, Tunisia (with exceptions for boats that depart from their shores). We also have many European governments that declared the Libyan ports as safe under the law (Germany, Austria, all of the countries above). Then we have a lot of NGOs that challenge the national authorities about how they are handling the whole matter. Last but not least, we have a full set of different instances all around Europe about what we should do about migrants. No government wants them in their territory and groups of citizens here and there push to let them in. In the meantime, African migrants continue to pile up in Libya and, to a lesser extent, in Tunisia. Also in the meantime, we’re losing track of thousands of migrants, and the organized crime cartels are having a ball.

The near future (or the confrontations to come).

My money is on two different directions. Italian officers will set up many issues in Bruxelles (EU politics and law enforcement agencies), asking for direct actions against NGOs. We will see another showdown in front of our shores, with more people used for bargain political assets. In my country the political pendulum will further go in the “far right” direction, leading to a lot of noise for the European elections (to be held in May).

Possible breakpoints (or the confrontations to come, part II).

It is entirely possible that we get a shakedown of our national government, due to a political clash between the League and the Five Star Movement, before the summer. It is also possible that somebody will try to raise the stakes, forcing a large number of migrants across the sea in the early Spring. Caught between a rock and a hard place, I think that in my country the political tension will skyrocket. Once again, new general elections or not, Italy will further move away to the right side of politics.

The final question is always the same: cui prodest?